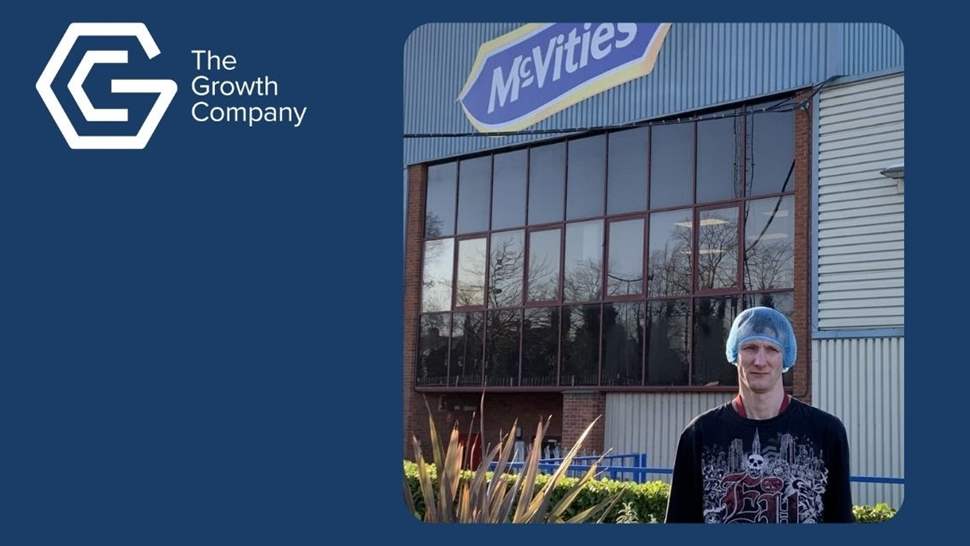 Chris Bruce, from Gorton, had originally gone to university to study for a degree in computer electronic engineering. However, he was sadly forced to leave his course early due to his dad’s ill-health, and he had to put his career aspirations aside and become his dad’s carer.

He wanted to get back into work alongside his caring responsibilities. He decided he wanted to try his hand at being a chef, so he completed numerous qualifications – including City and Guilds in Silver Service and Food Hygiene.

However, after a few years, the unsociable hours that come with working in the hospitality sector began to take their toll, and Chris knew that it was time for a change.

Whilst driving past the McVities factory in Manchester, Chris noticed a sign saying that the company was recruiting. He applied and was successful, starting out as a Team Member. Whilst in the role, he gained a Level 2 in Mechanical Maintenance which helped him to progress to Advanced Team Member.

We’re pleased to say that gaining the qualification helped Chris to get promoted again, and he is now working as a Line Coordinator, celebrating five years working at McVities.

Speaking of the support he and his fellow learners received from the Growth Company, Chris said: “Our Tutor, Ged, visited us regularly. He’d spend the day in the ‘Learning 4 U’ room. We all had appointments, but we could also just drop in and see him if we had any questions. As well as the visits, we could call Ged whenever we needed his help. Everyone here at McVities loves Ged – he’s friendly and has a great way of explaining the work that needs to be done.”

Chris added: “During the pandemic, all of our learning was online. However, Ged, continued to support me throughout - I never felt abandoned. Having come from a non-manufacturing background, gaining the qualification has definitely helped me to progress in my role. It’s helped me immensely.”

So, would Chris recommend the Growth Company? “Yes, absolutely!”, said Chris. “The support you get from the tutors is fantastic.”

Well done, Chris! We’re so glad to hear you’ve had a great experience with the Growth Company, and we wish you continued success in your career with McVities.