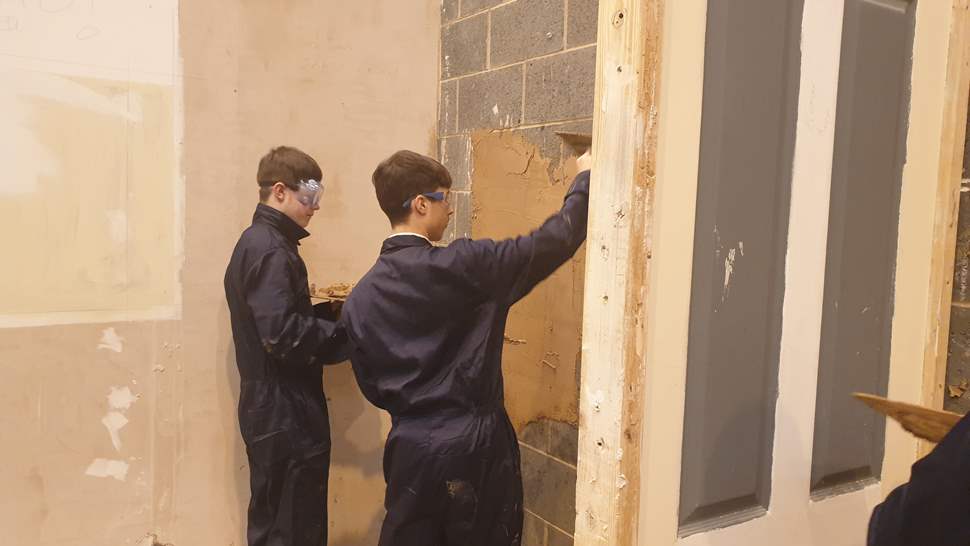 An initiative aimed to give young people a taste of what it’s like to work in different trades is set to engage with almost 300 children from 20 partner schools across Greater Manchester.

The Manchester United Foundation – which provides a full-time hub officer to each partner school - run a series of events which give year 10 and 11 students access to progression activities.

A pilot scheme was set up after, John Shiels, Chief Executive of the Manchester United Foundation, and his team visited the SkillCentre earlier this year.

Wayne Watkins, Senior Training and Curriculum Manager at the Growth Company, said: “I previously worked for Manchester United and contacted John to showcase our curriculum offering. He was really impressed with the work we do, and asked if we could run a pilot project with their partner schools as an alternative to mainstream college once they leave school.”

During the pilot phase, a range of subject areas were available for students to try out on the day – from engineering and plumbing, to automotive and painting and decorating. The pilot was a huge success, with 90 students from eight different schools in attendance.

After receiving hugely positive feedback, phase 2 was rolled out in September – which will run until the end of January. Each month focuses on a different trade, with the students visiting the SkillCentre when usual activity is in full swing, so they can get a true sense of the learning environment we offer. The Have a Go days involve a full health and safety briefing, and a fully hands-on introduction to the chosen trade – learning basic techniques and tool handling.

Wayne added: “Feedback from the schools and the club have been fantastic. They are really impressed with our centre and the way the staff engage the children. The opportunity for some of their year 11s to progress into a positive destination, such as a vocational trade, is excellent. They have commented that the offering at the SkillCentre will be much better suited to some of their learners compared to a traditional college route. The traditional routes into further education just isn’t suitable for some people. The Have a Go days also allow young people to try the subject area they’re interested in before making a commitment.”

A third phase will commence in February, and end on May 15. Each session is limited to around 20 participants, the Manchester United Foundation hub officers targeting learners who are keen to develop their skills in a specific trade.

Arthur Macaulay, one of the participants, really enjoyed the day. He said: "The teachers were great and I liked that we was able to do more than one trade. This has really made me think about doing a apprenticeship in the trade industry."

Three learners attended one of our recent open days as a result of taking part in a Have a Go day, and we expect to have engaged around 290 year 10s and 11s come May 2020.