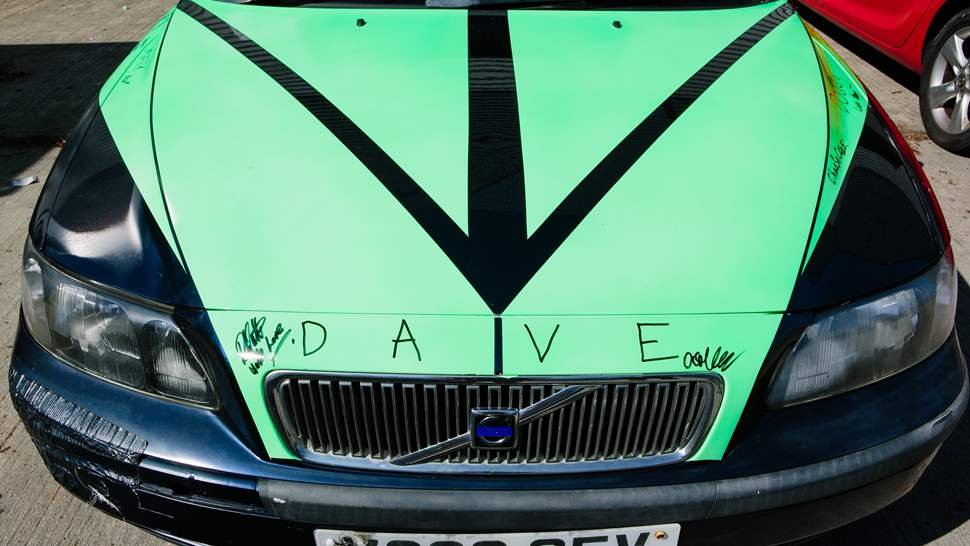 Here at the Growth Company, we love to do our bit for charity and we’re always proud to see our staff getting involved in charitable events.

Dave Allott, an automotive tutor at our Greater Manchester SkillCentre, is the latest employee to take on a charity challenge.

On 14th May, Dave will be hitting the road with his family and driving from Manchester to Benidorm to raise money for CLIC Sargent – a charity that supports children and young people who are living with cancer. For the ‘Benidorm or Bust’ challenge, they will cover 2000 miles through three countries. And best of all, the car that they will be driving is a £100 old banger!

Dave is no stranger to fundraising. Each year, he and his family do something to raise money for charity. Last year’s event was a Manchester to Blackpool bike ride, but this year Dave decided to step it up a gear.

Finding a ‘suitable’ car for the challenge took a few weeks, but Dave eventually found an old Volvo at a garage. It has been parked up for almost two years, and the owner accepted £100 for it.

The car was in a sorry state, so Dave called on his learners to help him spruce it up ready for the drive. His refinishing students worked hard to prepare and paint the body. Once they’d worked their magic, Dave’s light vehicle apprentices checked that the car was safe to drive.

Apprentice mechanic, Nathan Roberts, was just one of the students who enjoyed working on the car. He said: “It was fun to check the car over as part of a charity event. It had next to no oil in and it took a mighty 3 litres to even get it on the dip stick.”

Given that it only cost £100, it’s safe to say that the learners found plenty of things wrong with the car. However, their involvement with the project will be a great thing to add to their CVs.

Speaking of his family’s reasons for doing the Benidorm or Bust challenge, Dave said: “Our support for CLIC Sargent started a few years ago when my son started his job in Wetherspoons in Ashton-Under-Lyne. He voluntarily accepted the role of ‘CLIC Champion’ to help raise money for the cause. We were inspired by his work and we wanted to continue raising money as a family.”

Although Dave is looking forward to the drive, nerves have started to kick in. He said: “There is quite a bit of anticipation. After all, it’s a £100 car traveling 2000 miles through 3 countries - including through the middle of Paris and over the Pyrenees mountains! It could be a difficult drive if there are any problems with the car. Also, the fact that there are four of us in the car for five days could be challenging!”

They have set themselves a target of raising £1 per mile – and with a few weeks left before they set off, their total already stands at an impressive £1200. Individuals and businesses have donated in several ways, including paying to have their name or company logo painted on the car. Sponsorship forms have also been left at the SkillCentre for students and staff to fill in.

We wish Dave and his family all the best, and hope they exceed their fundraising target. If you would like to donate yourself, head over to their JustGiving page to submit your donation.

Donate now
If you would like to donate to CLIC Sargent, please click on the button below for Dave's Just Giving page.
Donate